“Visiting Naomi House for respite helped me reach a turning point in my life.  The care team helped me believe in myself and gave me the confidence to take back control as Ruben’s mum and carer.” 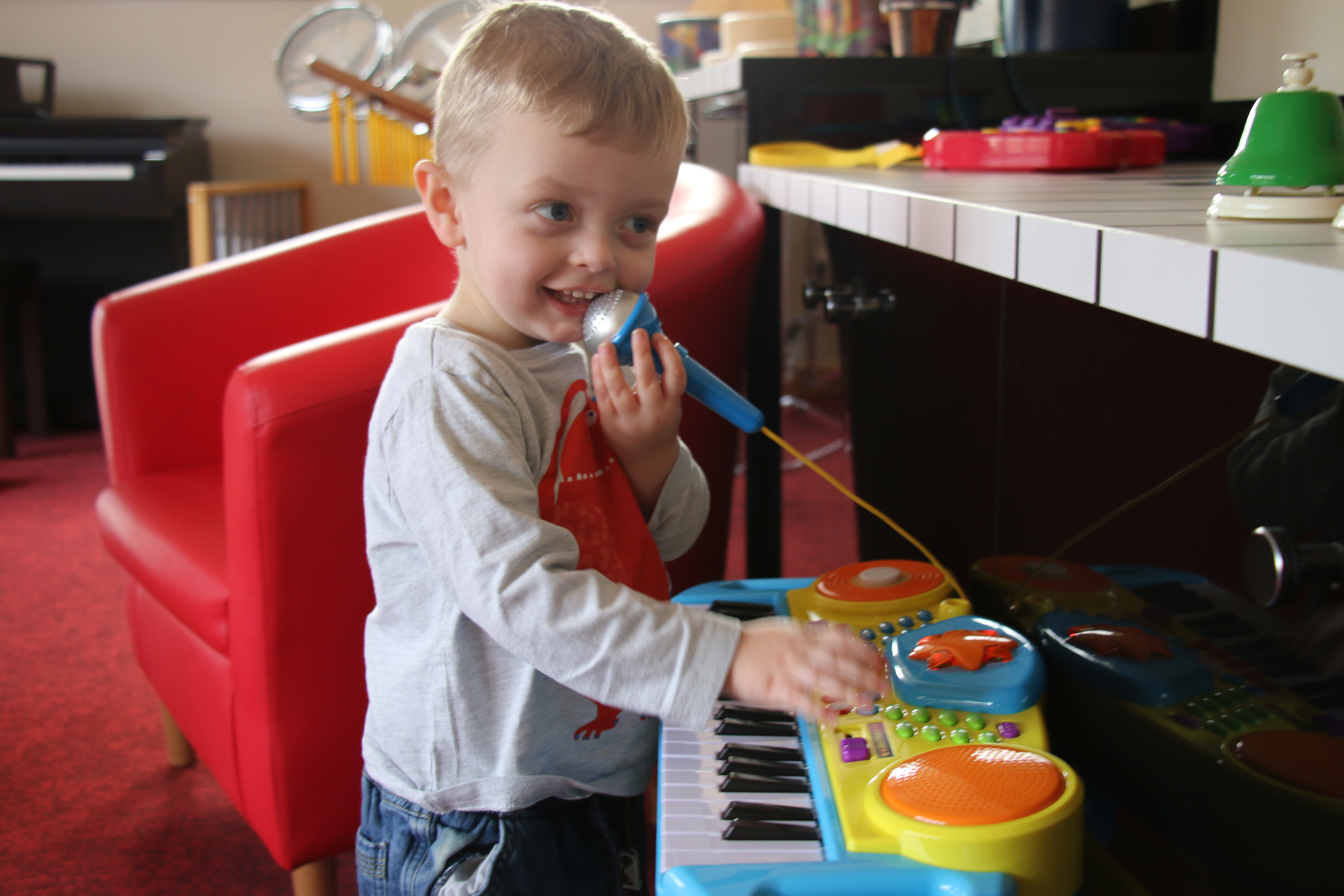 Three year old Ruben lives with his mum, Jess, dad, Alan and five year old sister, Lily-May. Although Ruben hasn’t received a final diagnosis, he has many of the characteristics of the genetic disorder, Noonan syndrome. He has breathing difficulties, is fed via a pump and has seizures and developmental delay.

Ruben wasn’t breathing when he was born prematurely at 32 weeks, and for the first month of his life, he was in the neo-natal unit at Princess Anne Hospital in Southampton on a ventilator. The family were allowed to take him home after a month, but it turned out to be for less than two weeks as he became very poorly and was admitted to University Hospital Southampton. 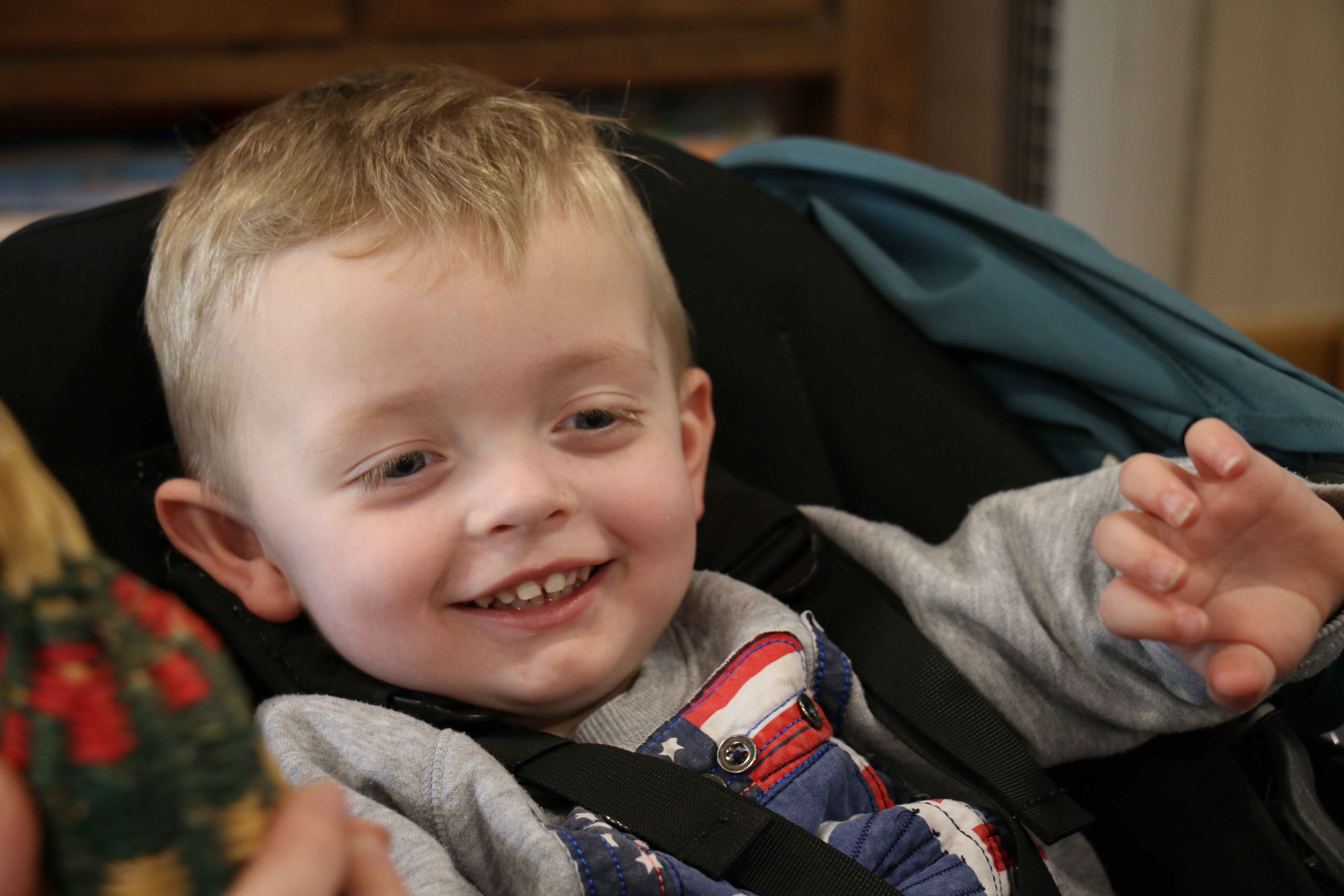 “I knew in my heart from day one that there was something wrong with him, that this wasn’t just prematurity. The hospital took him away and we took a step back whilst they intervened. It was scary and it was hard. He was attached to a ventilator to help him breathe and he had to be fed by tube. It was a very scary time and he went from being a tiny baby to a baby who had tubes and pumps and breathing equipment.

“Ruben spent most of his first year in hospital, with only a few weeks at home. It was very distressing and it had a massive impact on our family. I was in and out of hospital and at one point Ruben and I spent three months there together with no time at home and no respite. I had to make the decision of leaving him there and coming home to see Lily-May or staying there to sleep by his side. But everything was changing minute by minute with Ruben and I was so scared that if I left him something could go wrong. So I didn’t leave him.

“Lily-May didn’t want to come up to the hospital so I spent a lot of my time without my three-year-old daughter. It was a really hard time as a parent. Should you be by your sick child’s side or should you be at home with the child that is well and healthy? It was very difficult." 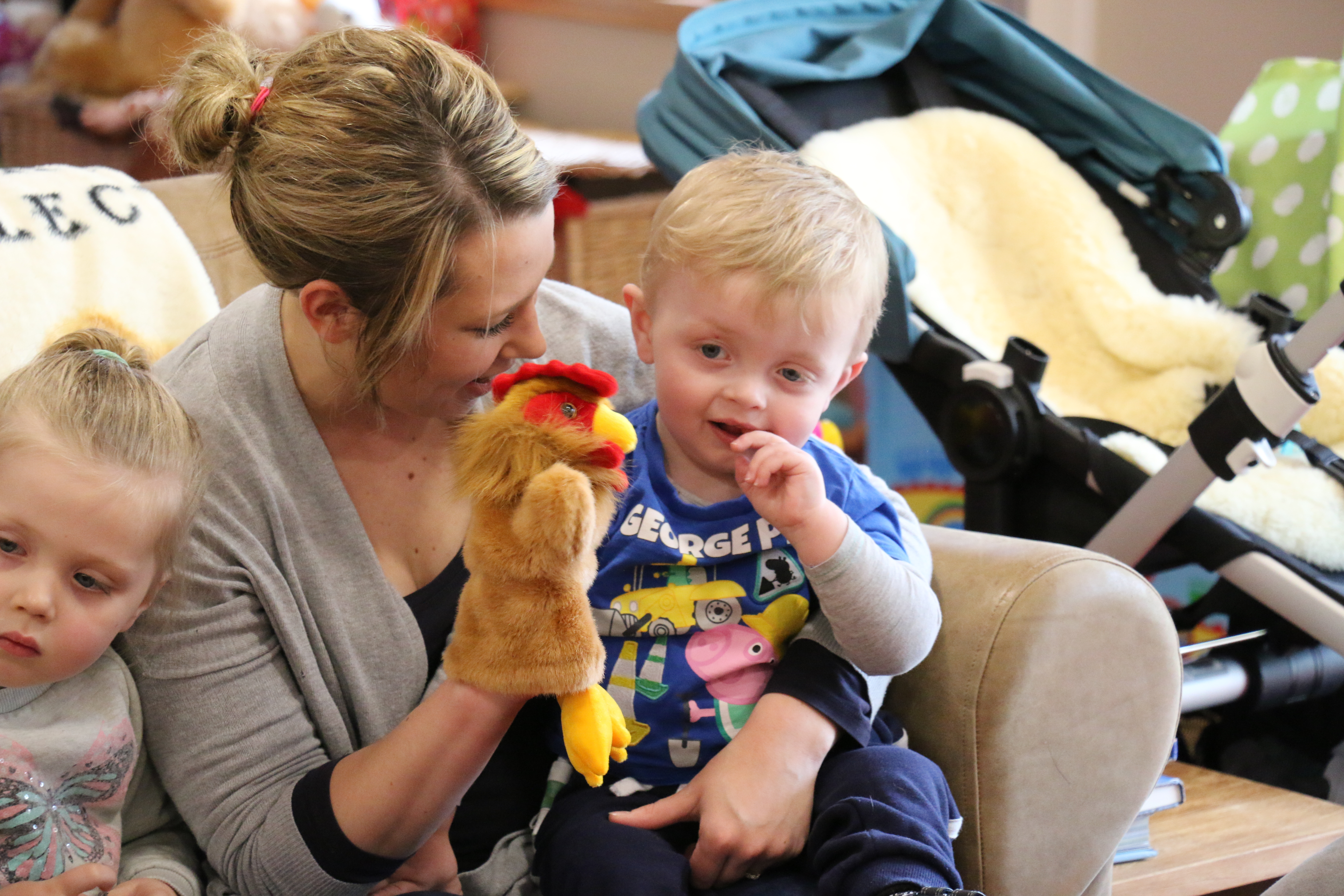 “When Ruben was a year old, the community nurses started coming to visit us at home and they mentioned Naomi House to me, but I was very against it. As a mum of a sick child you hear the word hospice and you think ‘no way, I’m not going down that route’. One of the nurses said, ‘I’m going to put a referral across because if you go and have a look around and decide never to go, it’s your choice, but I would like you to go and see what they have to offer’. At that point I was in quite a dark place, I was struggling to look after both of my children.

“I remember it was a week before Christmas that I visited the hospice. I had been sat on the referral letter for months, it had come through to say we had been accepted and to come in and have a look around. It was a very cheerful letter but all I felt was impending doom and I was dreading walking through the door. I remember walking in and it was incredible, so different to what I had been expecting. It was warm, I was immediately offered a cup of tea and everyone just came over and said hello. They spoke to Ruben, asked if they could hold him and take him to the toys.

“It went from being a complete no-go for us to being part of a big family at Naomi House. The nurses and carers very quickly became people I think of as family and friends. I used to worry about Ruben staying at Naomi House, but they look after him just as well as I do and he is so happy. 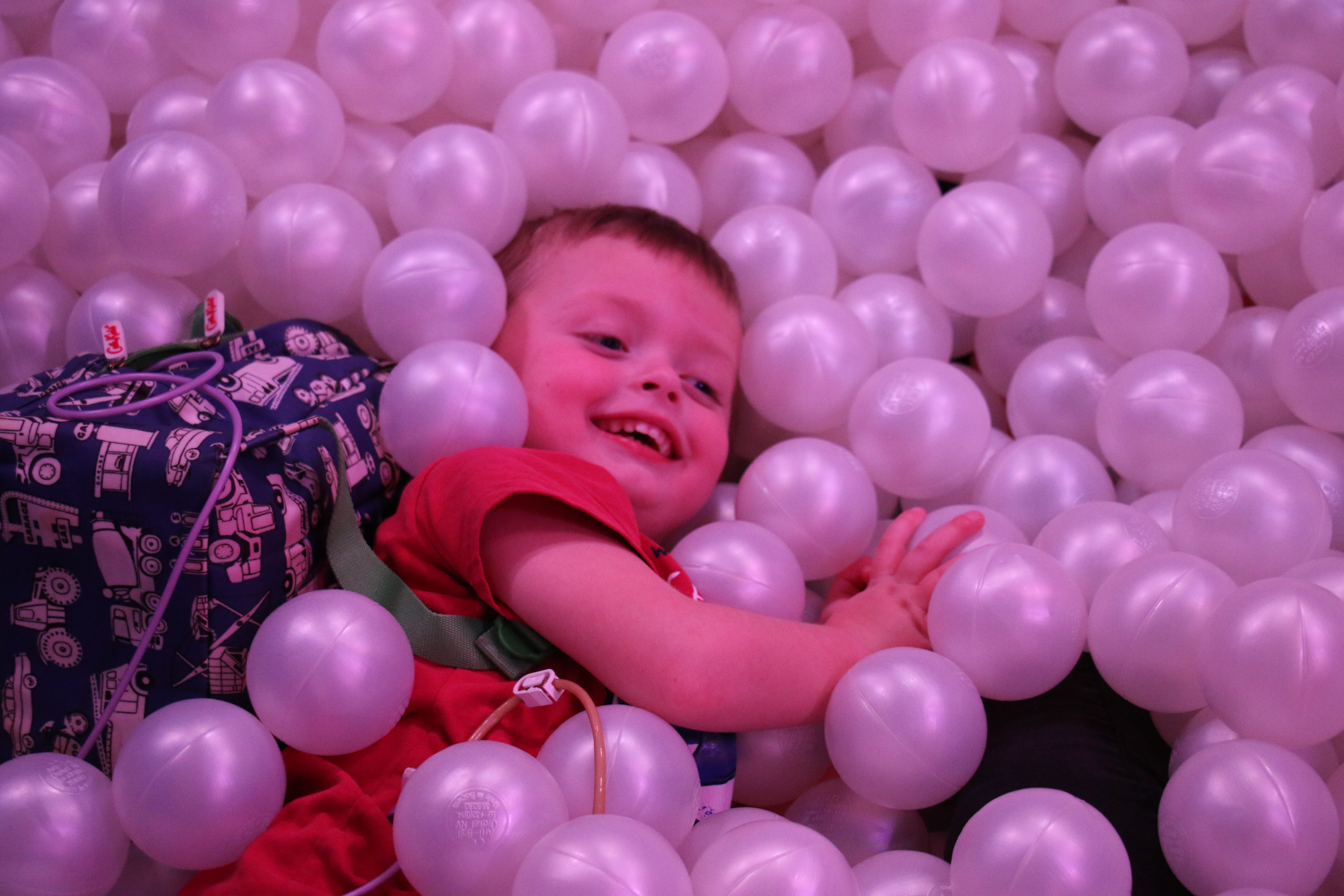 If I say to him, we’re going to Naomi House, he says ‘it’s my home’ and he gets excited. He is besotted with the place and that, as a mum, is what you want. 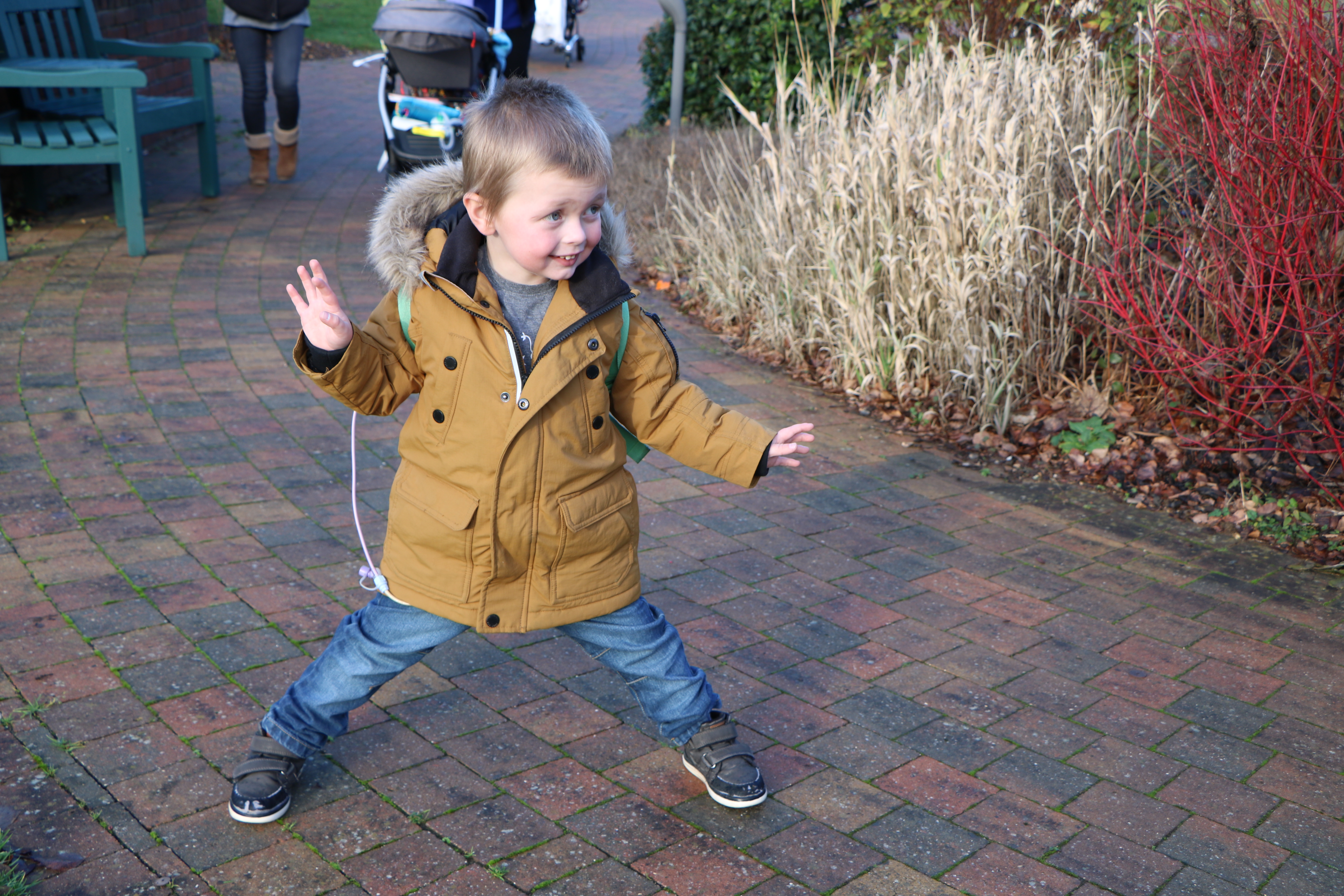 “Ruben has his favourite toys there at Naomi House. He loves the ‘brum brum’, (the Mario car), it’s all he talks about. As soon as he walks through the door if he can’t see it he walks around to everyone and says ‘where’s my car’.

He also likes the little red trike and rides up and down the corridors. " 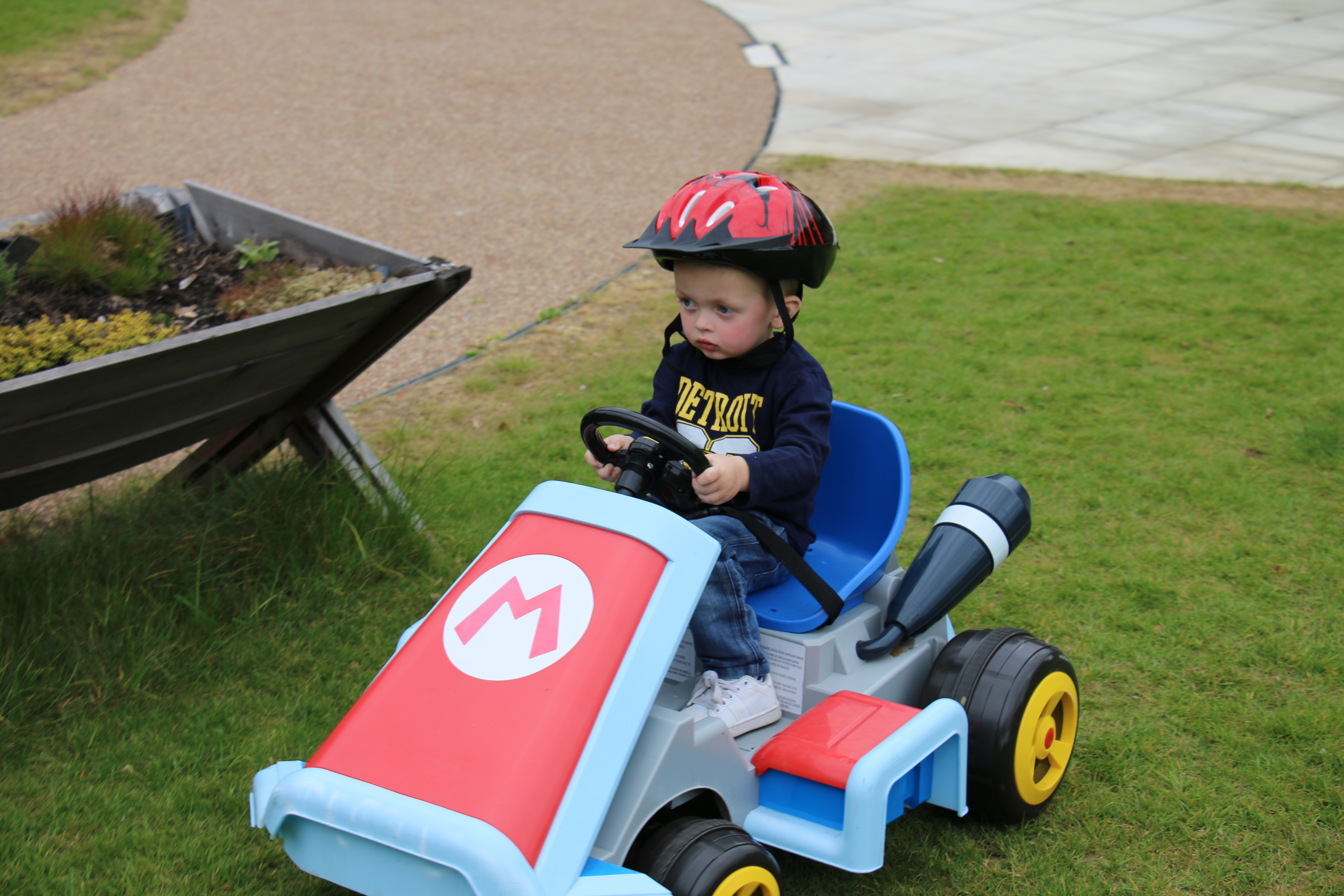 “Ruben is attached to his food pump 24 hours a day and the alarm will often go off during the night and that wakes us up. He has behavioural insomnia and wakes a lot overnight, he also has sensory processing disorder which means that if he wakes up any time past 1am due to vomiting or anything like that, he will then be awake for the rest of the night. He is very difficult at home and needs a lot of attention, the sensory processing causes his behaviour to be quite extreme and he needs constant supervision because of his seizures. Sometimes it is hard to keep going, especially when Alan is at work and it is just me and the children at home. It wears you down after a while.

“I didn’t used to go anywhere with Ruben and Lily-May because I was so scared of what people thought when they looked at him. Ruben was on a ventilator, he had a food pump and was obviously very ill and I was worried that something would go wrong.

It was Naomi House that helped me realise that actually I can do it, I can go out with Ruben and we can have a good time and enjoy ourselves. 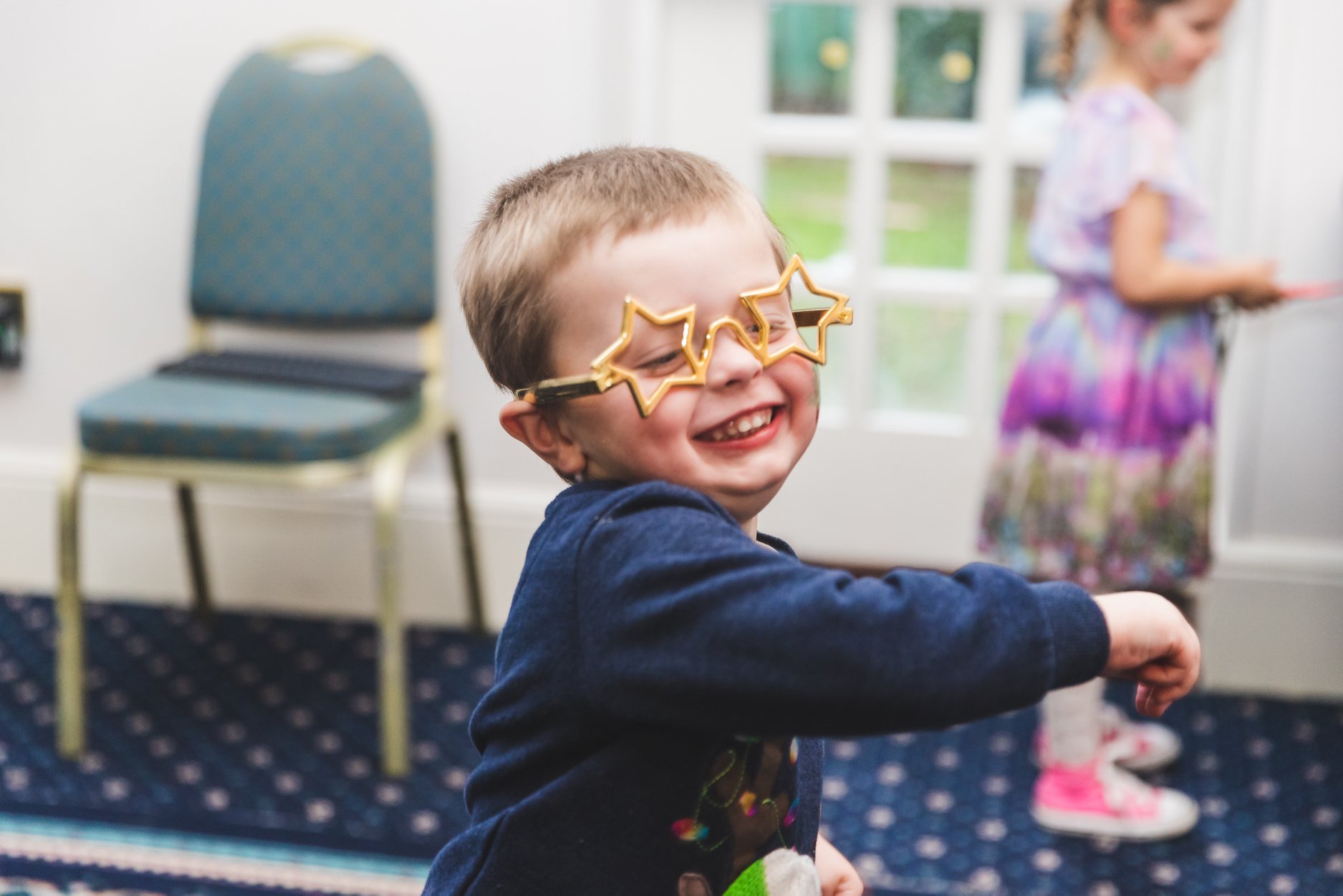 "We need to have plans in place in case something does go wrong, but actually we can try and lead a normal life.

“Naomi House has given me the chance to meet up with other families and see how they manage and I’ve seen how the staff take Ruben out and about. I remember speaking to someone saying I wanted to go to Paulton’s Park and they asked why I hadn’t gone. I remember thinking, ‘because I’ve got to take oxygen, I’ve got to take suction, I’ve got to take his food and I can’t really take him on a ride, I just can’t’. One of the nurses said, ‘but you can do those things with all of that equipment, just go and speak to the people at the park and ask them for help’."

It was seeing other parents going out with their children and seeing the nurses and carers taking him out then I realised I can do that too, I’m his mum. 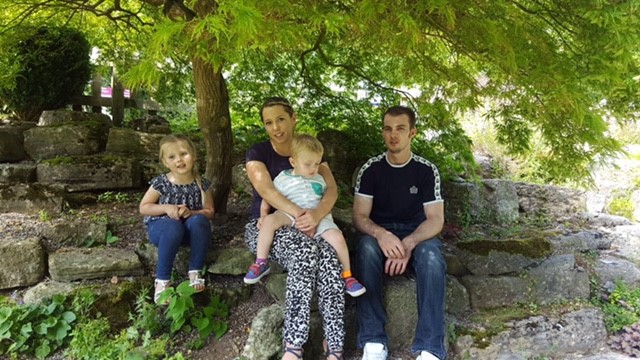 “Having the support of Naomi House to say, ‘just push yourself a little bit harder and you can do it’ was a turning point and gave me the confidence to talk to the hospital too. I saw Naomi House as friends and family, they took on a sort of agony aunt role, a listening ear. They have helped me take back control.

“At one stage we didn’t know how Ruben would develop and whether he would continue to grow. When he was asleep he had to be on a ventilator, but by the time he was two he was able to breathe for himself the whole time. He still has oxygen requirements but nowhere near as much as he used to. He is solely fed via a pump as he has not developed the ability to eat. He is still undergoing genetic and neurological investigations, but we may never know for sure what his condition is and without a diagnosis it's hard to know what Ruben’s future holds. We hope he will attend school and enjoy his childhood." 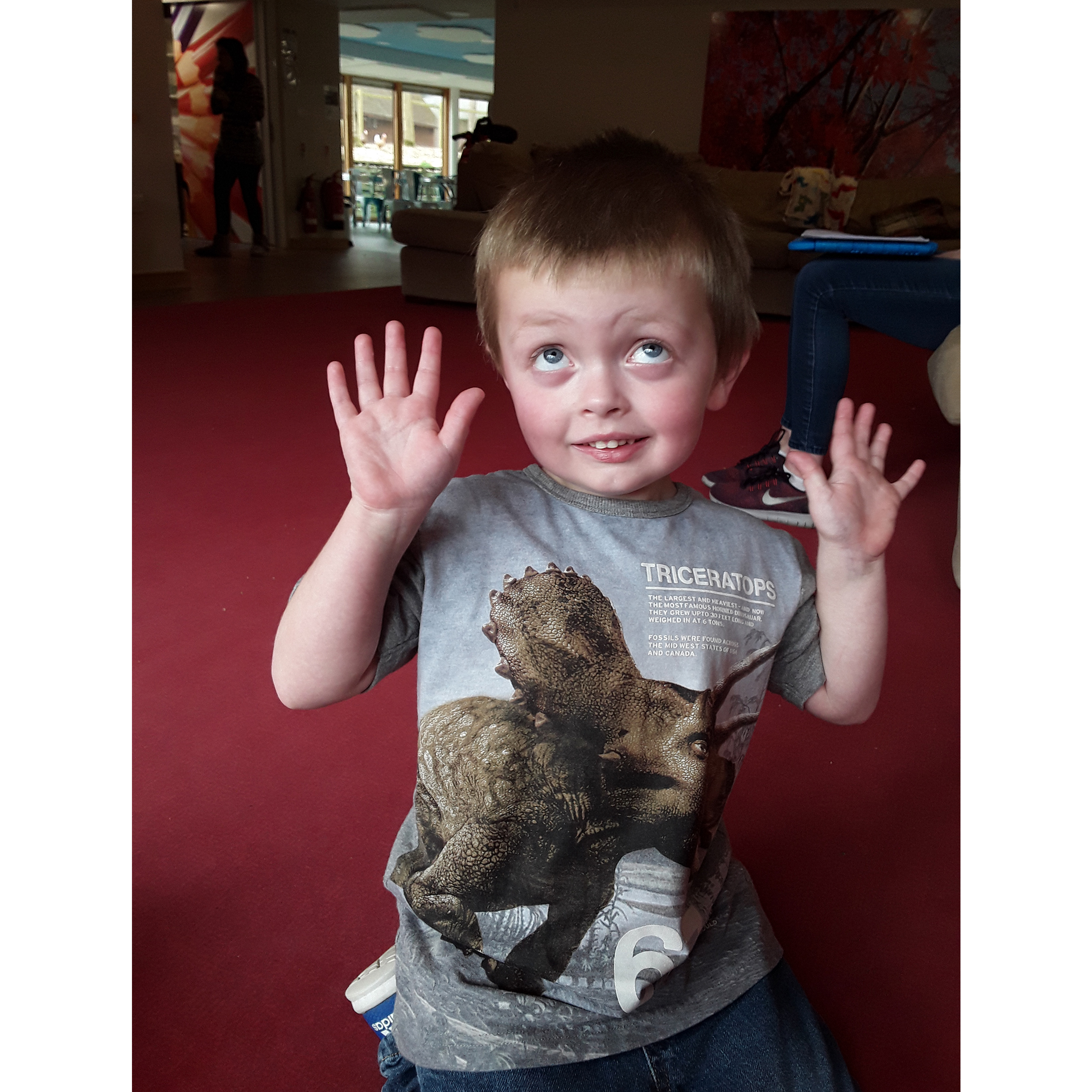 Naomi House makes a massive difference to our lives, they have given us time to be a family and time to be parents to Ruben rather than just his carers.