“If you could build a world that was for Sam, it would be Naomi House. I couldn’t find somewhere better to take him. All his favourite things he loves to do are there; music, sensory room, swimming, people talking to him.” 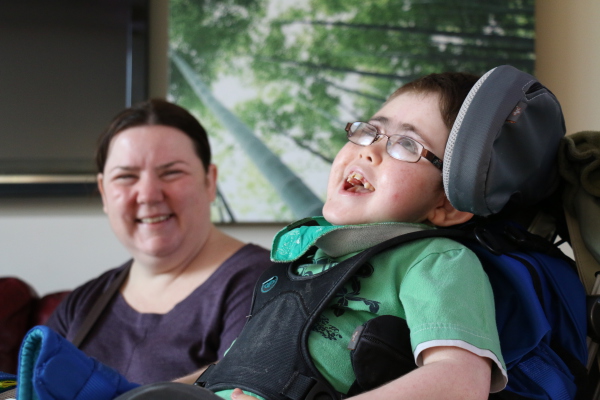 Sam was born with 1p36 Deletion Syndrome, which is a rare chromosome disorder. It affects muscle tone which has caused Sam to have an unsafe swallow, meaning he can’t drink and has feeding difficulties. Sam can’t crawl, walk or stand and can only sit if he has support. He is hearing and visually impaired and has the understanding of a 4-6 month old baby. 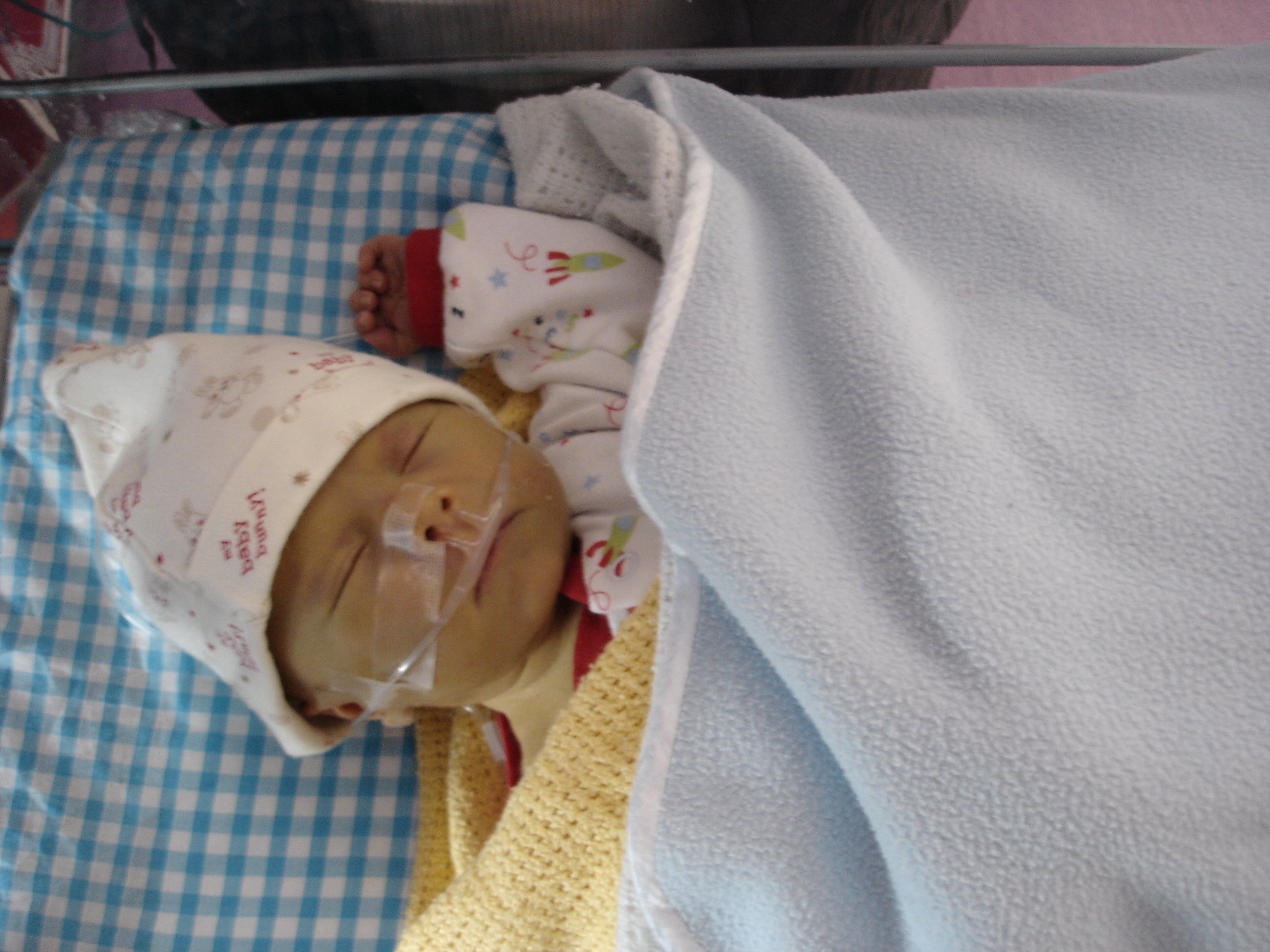 Sam lives with his Mum Jenny, Dad Steve and his 12 year old sister Emma in Southampton.

"Sam was born by emergency Caesarean section as the doctors were worried about his heart rate. When I fed him for the first time he went blue and that was when we realized that things weren’t quite right. He was so poorly that he stayed on the neonatal ward in Princess Anne hospital for six weeks as they couldn’t get his seizures under control. They never have completely. Gradually they found more things that were wrong with him, initially it was just his feeding, but they found he had problems with his heart, his liver, he was very floppy and couldn’t maintain his temperature. From the newborn hearing test they discovered he was deaf. It seemed that every day when we went to see him, something new was wrong."

Sam spent the first six months of his life in hospital and by the time he was one year old he had had nine chest infections involving constant stays in hospital and the family’s community nurse referred them to Naomi House. 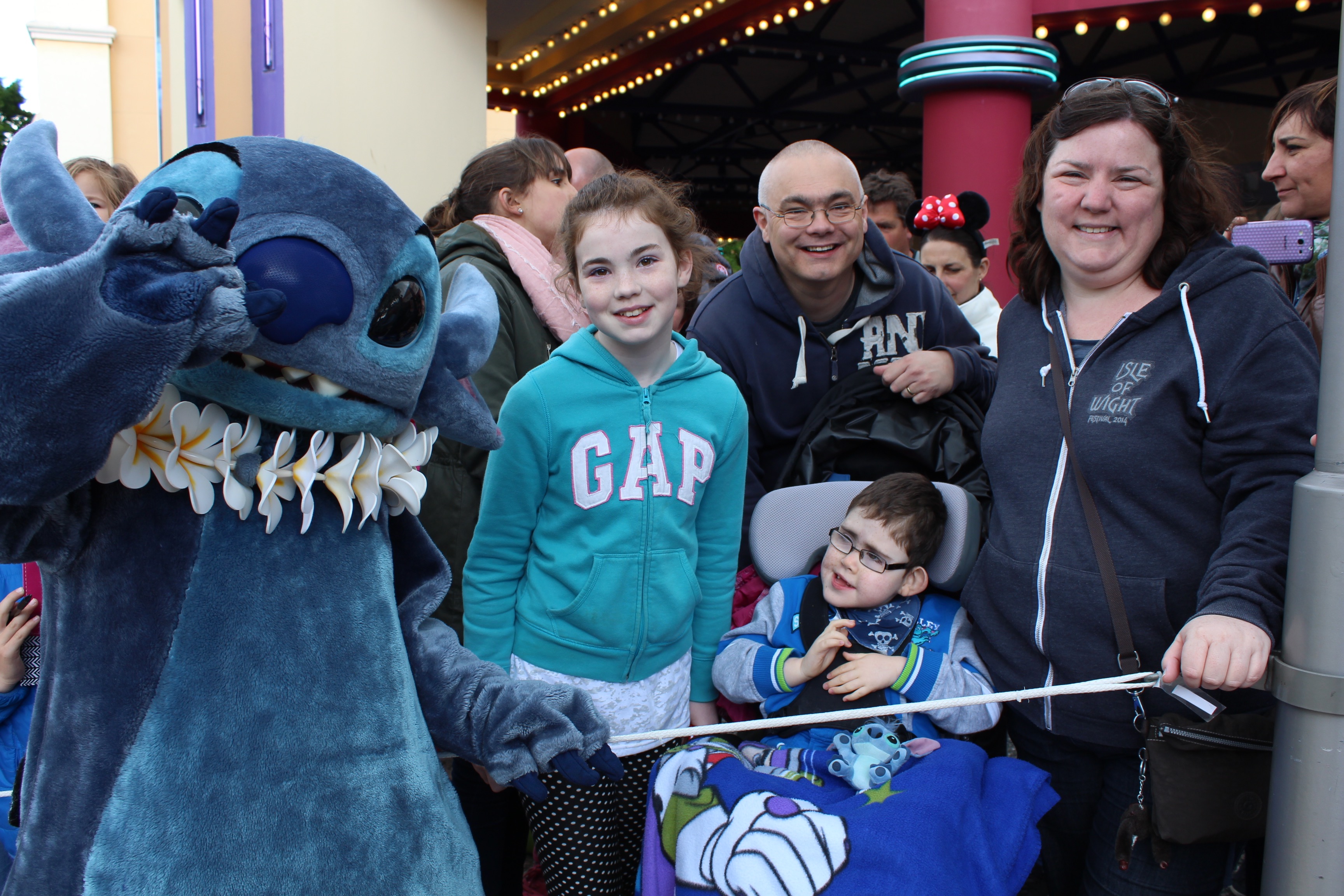 "In the beginning we all used to go and stay and treat it like a family holiday. Our daughter Emma loved doing all the arts and crafts, and we got to have some sleep. When Sam was younger, all that was important to us was sleep!

In the early days, I don’t know if we would have got through without Naomi House. Knowing that we had a few days’ break on the horizon was enough to get us through.

“Sam loves going to Naomi House, so we try and go on holiday twice a year. Once with Sam and once without him and we do something he would like, such as going to Disneyland Paris, and then we do something just with Emma that she would like. On a holiday with just Emma we get a bit more rest, whereas with Sam it is really just a change of scenery, it is all the same care just in a different place. Sam still has seizures at night and he has a sats monitor so when the alarm goes off we have to get up.

“When we first went to Naomi House I found it quite hard to let go of his care, whereas now, once I drop him off, it’s like a weight is lifted. But there is also the sadness of leaving him behind. I phone at least once a day, even in the middle of the night but I know that if there was something wrong Naomi House would tell us. 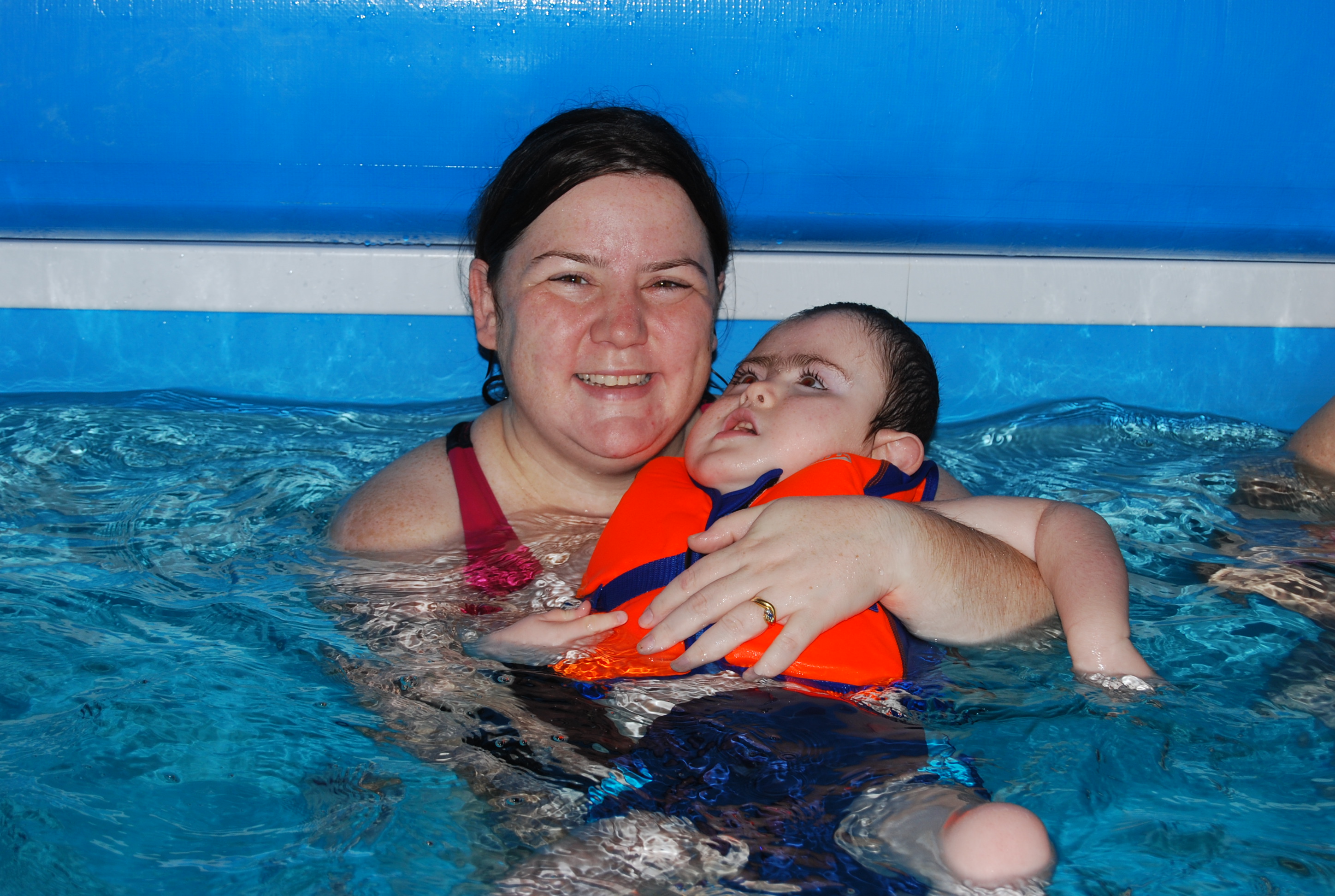 “Sam can’t drink at all, he has a gastrostomy. He can eat puree, but he has to be completely well, so if he is having seizures or has a cold he can’t eat. He can’t talk but he can make his feelings known with body language and sounds. He can just about play with a small toy, like baby rattles or a piece of wrapping paper or a space blanket or something that doesn’t have any weight to it that he can hold with one hand.

“We don’t know what the future holds for Sam. Sometimes he can be absolutely fine in the morning when he goes to school and then by the evening he can be in hospital and that reminds me how vulnerable he is and how quickly he goes from being fine to being really poorly. We can’t take anything for granted and we can never relax. Naomi House makes life “ok”. It is never going to be fantastic, but we have things to look forward to in life and that is what the hospice gives us.” 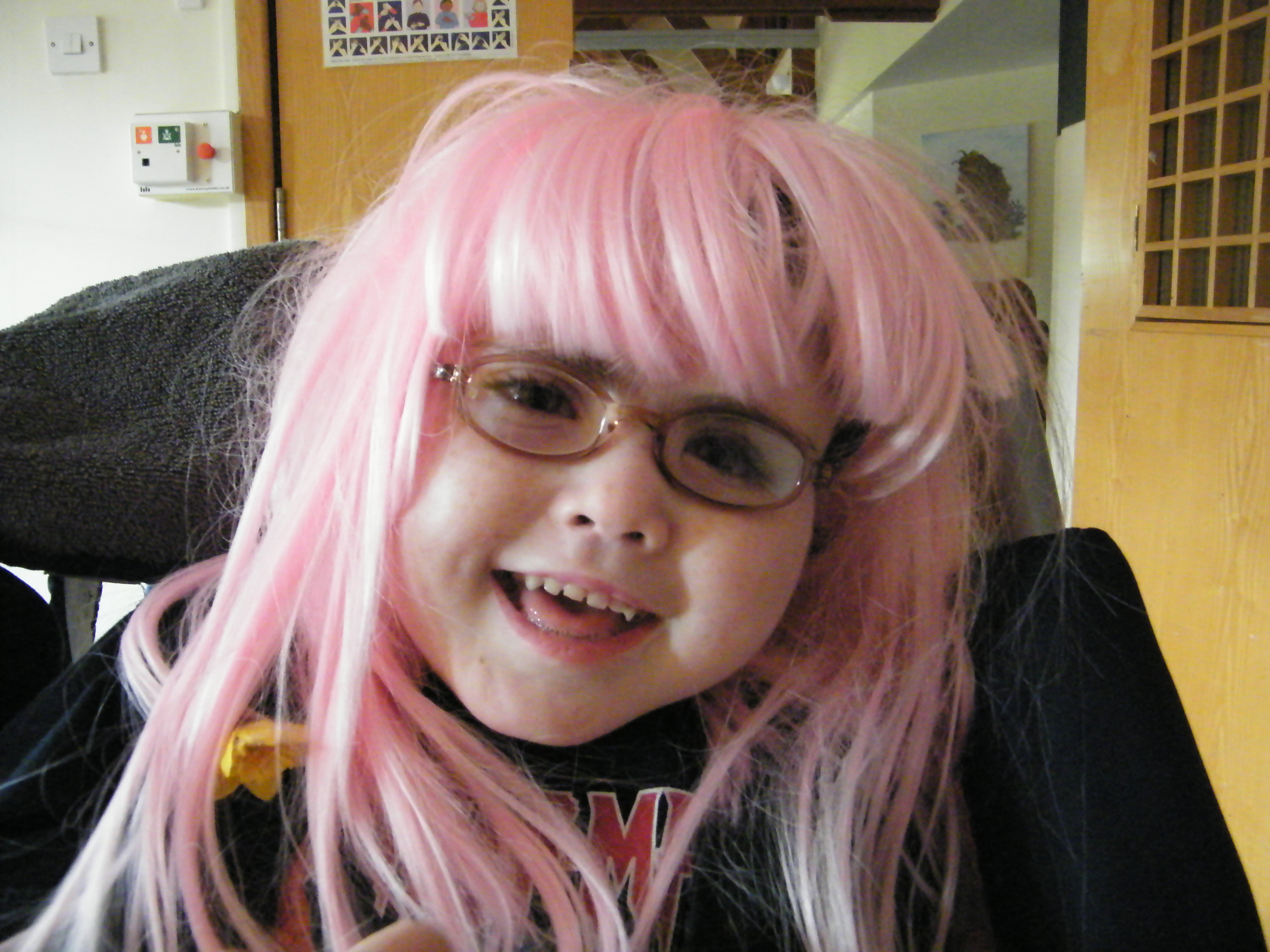