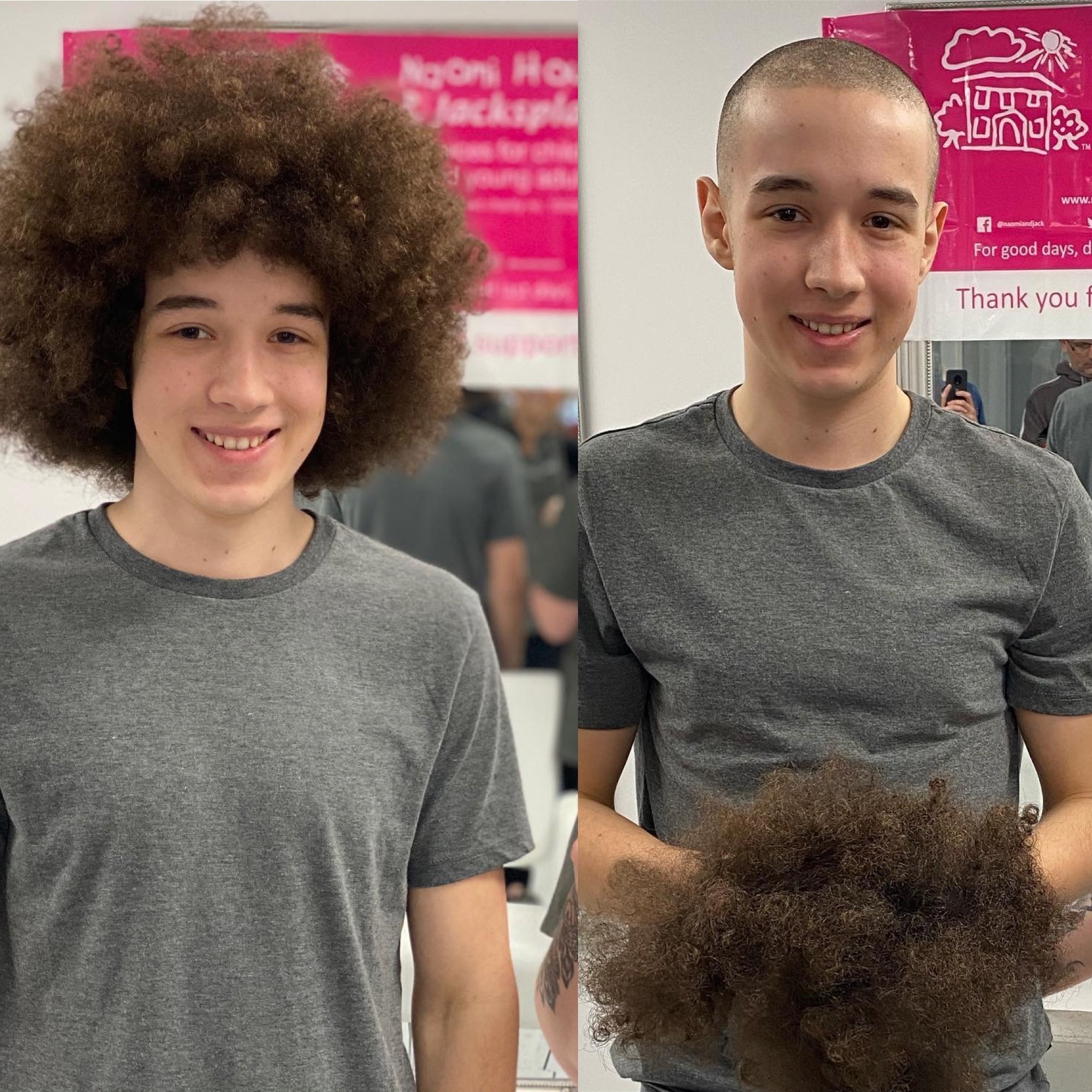 Jack Purkiss, a local lad from Eastleigh has voluntarily shaved off his impressive afro to raise money us!

Jack chose Naomi House & Jacksplace as the charity to fundraise for through this unique fundraising activity, as he has previously supported us with his band at various charity events over the years.

When asked why he decided to embark on the mega-makeover, Jack said:

“I’ve been growing my hair for the past 7-8 years and, over that time, it became one of the main things people associated me with. I figured having this feature that I’m somewhat known for could be used for something good, so I decided to shave it off for charity! In the past I’ve had the chance to see some of the work done by Naomi House & Jacksplace in person, and it’s something I’m really proud to be able to support and be a part of.”

Jack tasked himself with raising £300, but quickly surpassed that target, and has since raised over £500 from friends and family sponsoring him! Jack continued:

“I wasn’t sure at the start whether it would be successful, or if the goal would even be reached, but we have raised almost double what was originally planned, which is awesome! Everyone has been incredibly nice and supportive, but none of it would have been possible without Abbie and the people at Blue Butterfly Beauty who organised the haircut.”

Thank you so much to Jack for your epic support and bravery - we think the new look definitely suits you!

If you want to show Jack your support, donate on his JustGiving page here: https://www.justgiving.com/fundraising/jack-purkiss

If you would like to raise money for Naomi House & Jacksplace in a truly unique way, get in touch with your ideas by emailing: hello@naomihouse.org.uk. Thank you.