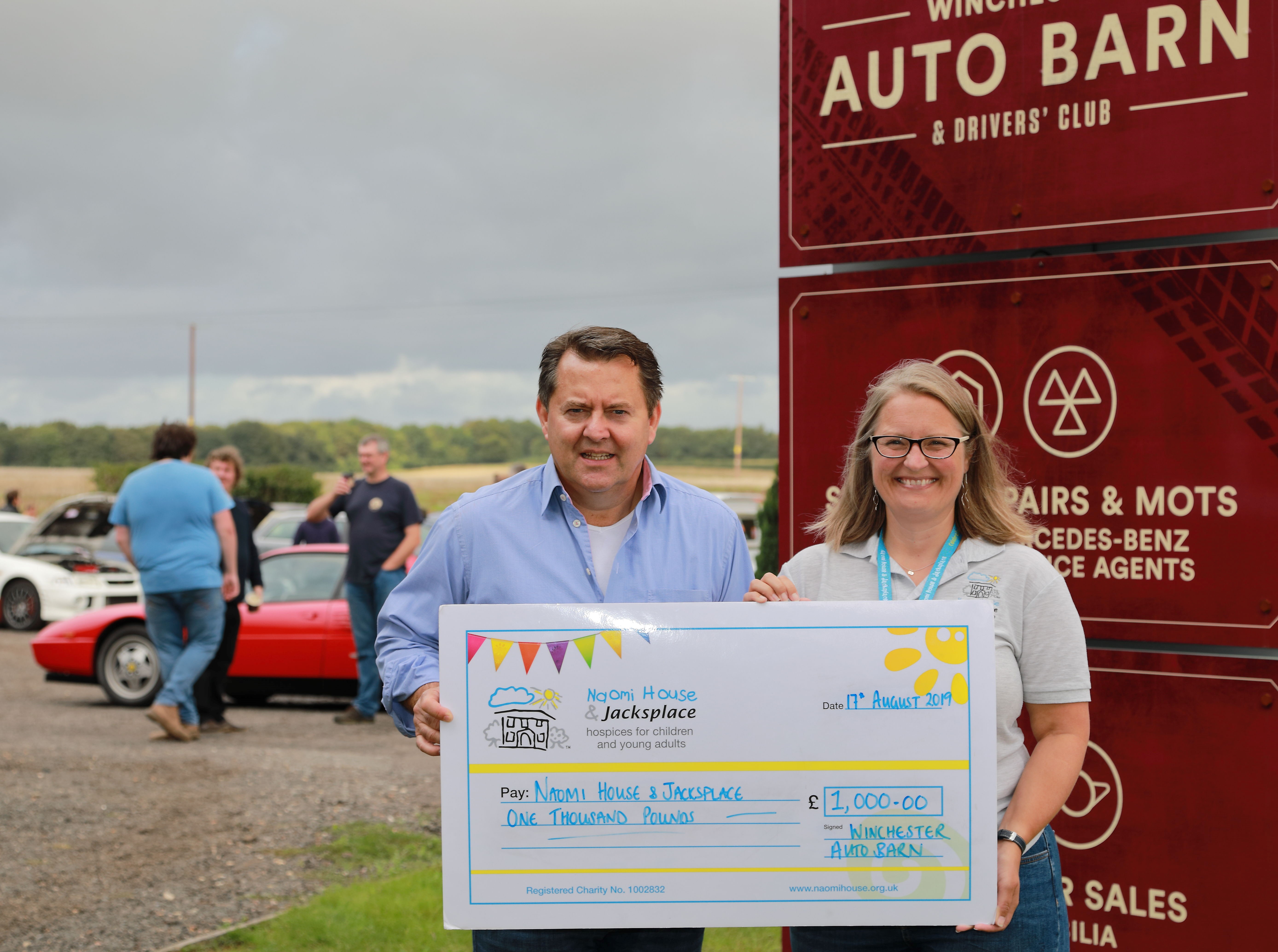 Motoring enthusiasts enjoyed the extensive array of classic and interesting sports cars on display including a rare 1972 Lamborghini Muira SV, a 1967 275 GTB/4 Ferrari, a 1966 Mustang to name just a few. 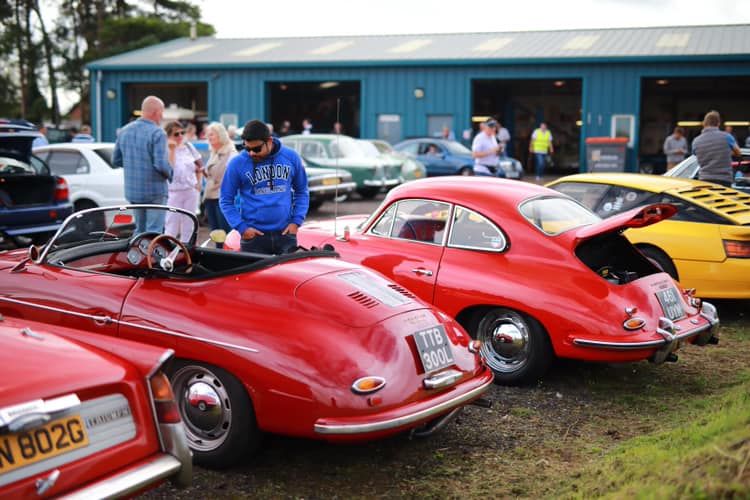 The afternoon events went on into the night with performances throughout the evening on stage from rock band The Reason, blues band the 663 Squadron and acoustic guitar virtuoso, Jake Morley.

At the Breakfast Club gathering on Saturday 17th August, Niall Holden, founder and creator of Winchester Auto Barn presented our Head of Fundraising Suzie Simmons with a cheque for £1,000 from proceeds raised at the event!
Niall commented

"Supporting the community we operate in is very important to us and we’re delighted to have raised substantial funds for a really worthwhile local charity. We hope that Auto Fest will be back next year and become an annual event.’’