Little heroes and twins, Bella and Naomi from Winchester, have raised an amazing £300 for Naomi House & Jacksplace, by selling crafts and cakes to neighbours in their street!

During the lockdown, after doing their school work in the morning, Bella and Naomi have been doing fun activities in the afternoons.  They love arts and crafts and baking, so have been busy making lots of things together. The girls' mum, Sarah, told us that the girls love to play at shops, and decided that they wanted to have a shop of their very own to sell some of their crafts. So, they posted flyers to the neighbours and set up a table on the pavement outside their home, displaying their cakes and crafts!

They decided that they wanted to give their takings to charity and help the poorly children at Naomi House. They had heard about Naomi House by reading our latest newsletter and were very taken with the very moving story about baby Hector and how Naomi House had helped him and his family during his short life. The girls talked about the story for weeks afterwards.

Bella and Naomi set up their shop, making chalk marks at 2m intervals along the pavement and using their piggybanks for collecting the money. They had made clay bowls and ornaments, origami frogs, Hama bead animals, bead bracelets and necklaces, cardboard roll owls, and some jam tarts! They were pricing things up at 10p and 20p, but their neighbours were kind, with lots of them coming to their shop and giving very generously. The girls made an amazing £150 for Naomi House. 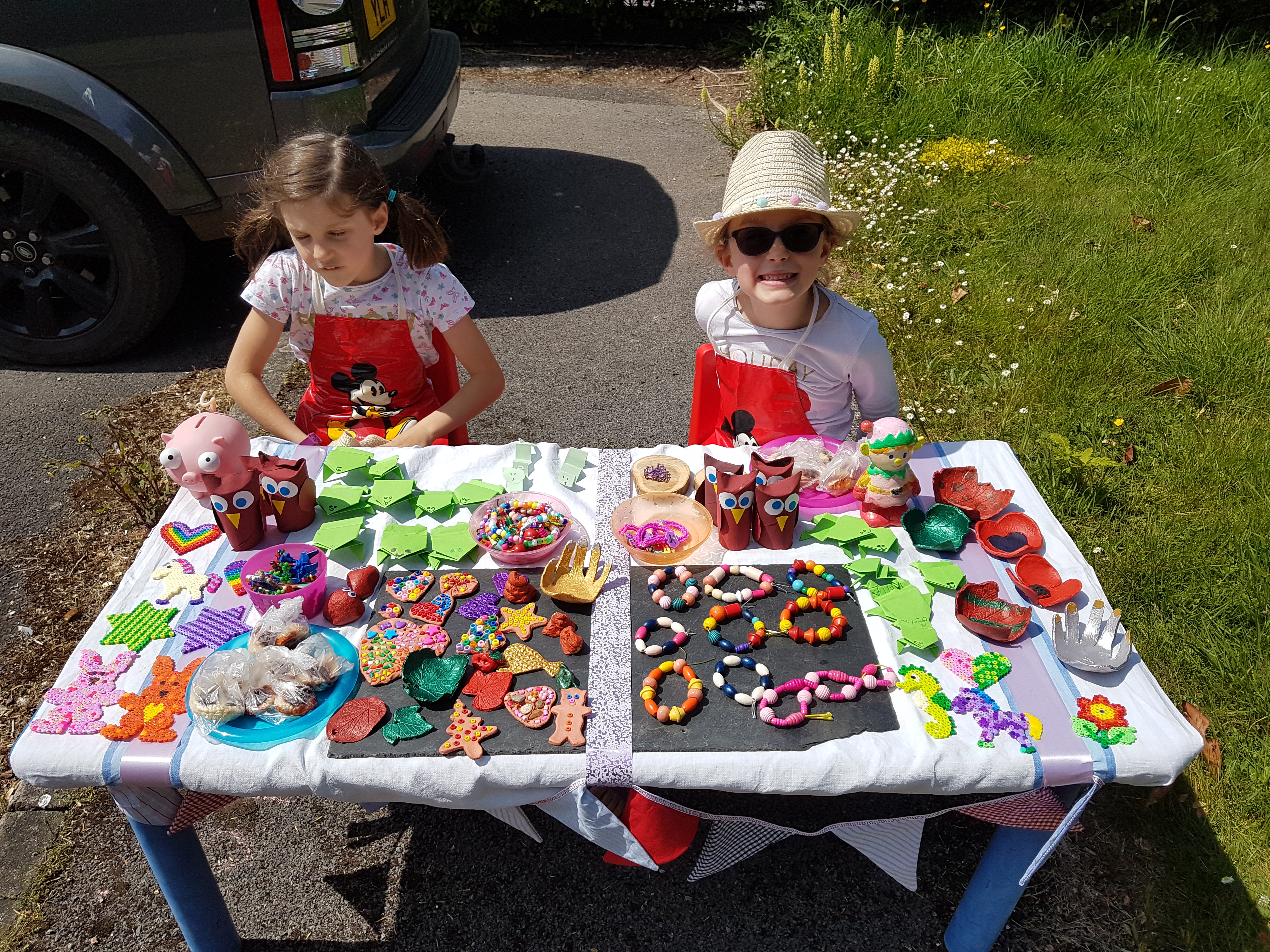 “The jam tarts sold out first, and a few people suggested that the girls should have a cake shop, so, on Bank Holiday Monday, that’s what we did!  We spent the weekend baking Anzac biscuits, rocky road, chocolate cupcakes, strawberry cupcakes, lemon cupcakes, blueberry muffins, fudge bars, and dog biscuits (the girls love dogs). A couple of neighbours also made some cakes for the stall. The girls made another flyer to advertise their shop, and priced everything at 50p. Again, the neighbours supported us very generously and we raised another £150! They are currently trying to think of their next shop idea!

“We’ve also been making cards/pictures to post to our neighbours each week - a number of them are elderly, and the girls love posting them. We’ve had lots of lovely feedback from the neighbours and, as the weather has been so good, we have been speaking to them more over the last couple of months than we have over the last 10 years!”

Mini fundraiser, Bella, said: “I would like to visit Naomi house when lockdown is over, I had a lot of fun at the shop”.

Her sister and other mini fundraiser, Naomi, said: “I’m glad we raised a lot of money for poorly children”. 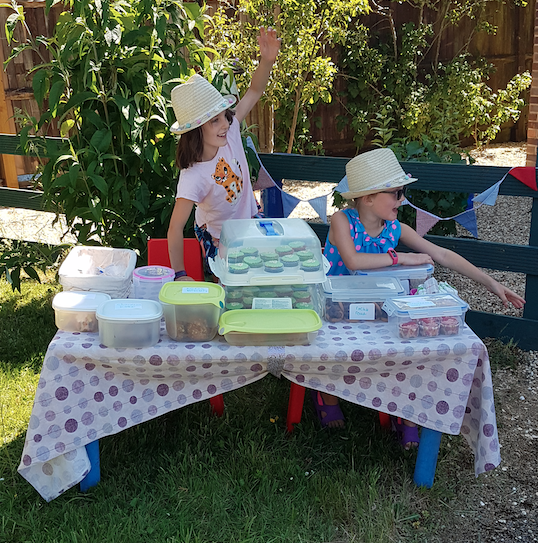 Thank you so much to Bella and Naomi for all your hard work - we love how creative you have been! Thank you also to their family and wonderful neighbours for getting behind them and supporting them in their mission to raise money for Naomi House & Jacksplace!  We look forward to hearing about your next fundraising event!