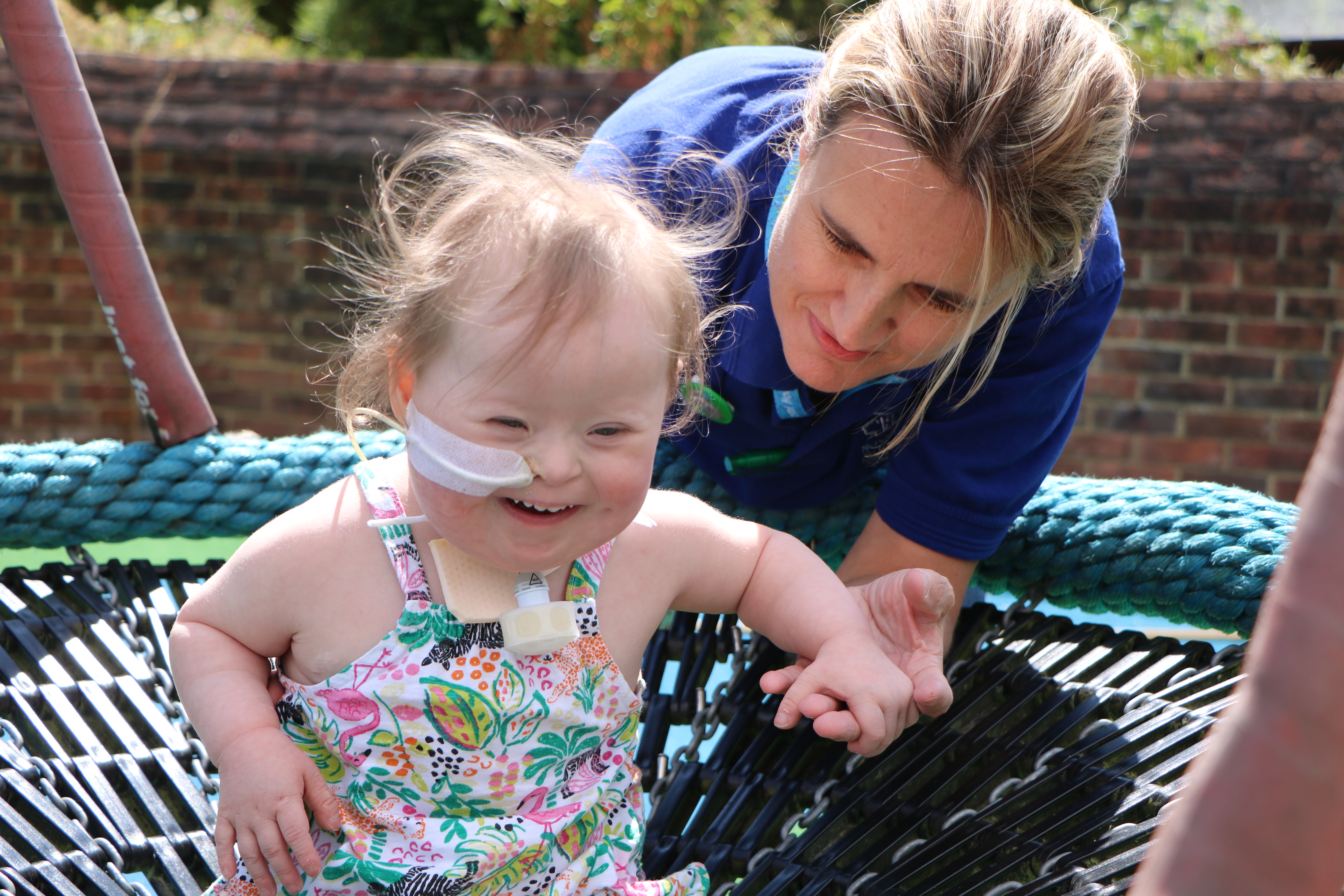 She’s a happy, loving, cheeky baby that opens her heart to anyone. This is her story.

“We met at a house party through a friend about seven years ago now – we got together in the August and were married by December! Soon afterwards we talked about having children. We had enough money to try three attempts of IUI. We started treatment that September and after our first attempt, we fell pregnant with twins! We actually found out on our wedding anniversary!

“The 18-week scan flagged a problem with Marlowe. We found out she had a one in two chance of having Down’s Syndrome and had a significant heart defect – instead of four heart chambers, she only had one. We knew her condition was pretty serious. We paid for a private test and within about 12 days, we got a phone call to say she had Down's Syndrome and Henley didn't.

“Ally, who was carrying the twins, then got preeclampsia. At just 34 weeks, they couldn’t get Ally’s blood pressure down, and so decided to do an emergency C-section. The twins were born seven weeks early. Marlowe came out kicking and screaming and everything was absolutely fine – we were home within two weeks. We were trained in hospital before we came home on how to feed via a naso-gastric tube, as Marlowe couldn’t take a bottle, which is very common for children with Down’s Syndrome.

“We found out on the day that she was born that she had another heart condition; Tetralogy of Fallots, which means four conditions in one – it was more complicated than the doctors originally thought.

“At eight weeks old, Marlowe had her first cardiac arrest whilst in hospital. All of a sudden an emergency bell was pushed and all we could see was this grey baby with her limbs bouncing from where they were doing CPR. We were holding Henley in the corner, and the doctors were trying to keep us back. She was out for 15 minutes.

“She was in and out of hospital for months after being born. She kept having shunting, which is when the blue blood shunts into her blood stream. Then her lungs were struggling because of all of the extra pressure on her heart, so she was overloaded with fluid and struggling with her breathing. We were in Portsmouth Hospital for 11 weeks on the CPAP, which pushed the fluid off her lungs. That was just the beginning.

"Once she had enough energy, Marlowe had open-heart surgery. She was only seven months old." 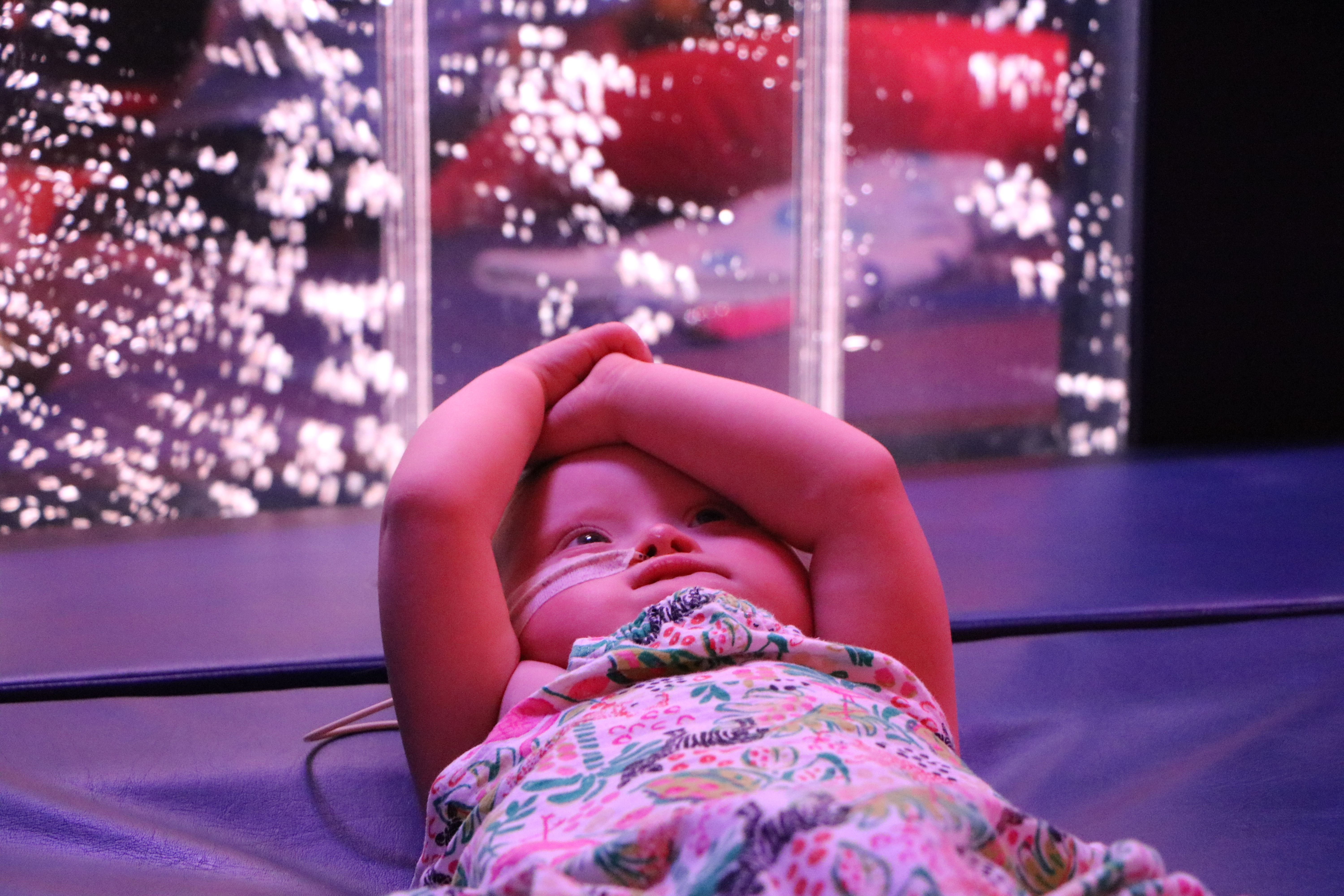 “After eight weeks we managed to finally take her home. Then after three days we realised something else was wrong. We checked her SATs because she had gone blue, and they were dangerously low, so we called an ambulance who took her to Portsmouth Hospital and kept her in overnight. The next morning, we were on our way to pick her up and received a call to say she had stopped breathing and so they had transferred to the Paediatric Intensive Care Unit in Southampton (PICU). By the time we got there, she had already been ventilated.

“Marlowe needed full life support – she was dying, they told us on several occasions that she was going to die. She couldn't cope – her lungs weren't responding to any treatment, her body wasn't responding to anything, we were trying different ventilators, but nothing worked. She was completely sedated and had swollen so much that her skin was shiny. Her heart was struggling, we couldn’t get the fluid off of her lungs and the drugs she was on to help her lungs was making her kidneys fail.

“The doctors thought she was going to die. That’s when we were referred to Naomi House.

“We were asked whether we'd want to use the end of life service at the hospice or not. Coming to Naomi House was scary, so we said no, we don't want anything to do with Naomi House. 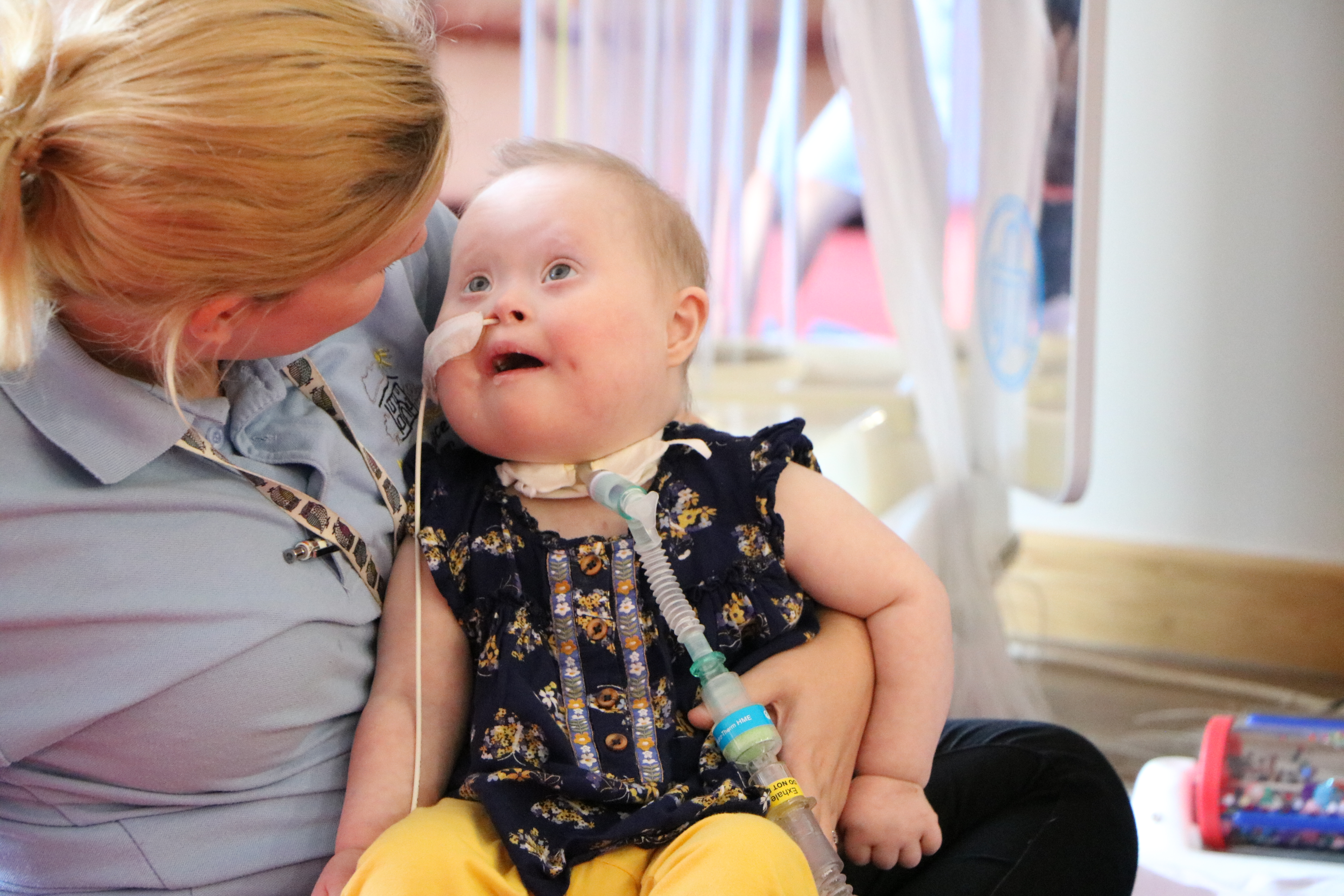 “Even after the tracheostomy, she got worse. Just before Marlowe’s first birthday, we thought we’d lost her. We all had to say goodbye, even Faith had to say goodbye – she was only 10. We were just crying all the time.

“Then, the most amazing thing happened. We were just sat in hospital talking and then all of a sudden, Marlowe started blowing raspberries really loudly! We couldn’t believe it, we cried so much – it was the first sign of life!"

“Then, we started talking about Naomi House for Christmas. There was no way that we'd be ready for home and she was still considered end of life at that time, so we decided to do it. By the time we got to Naomi House, Marlowe had started smiling! 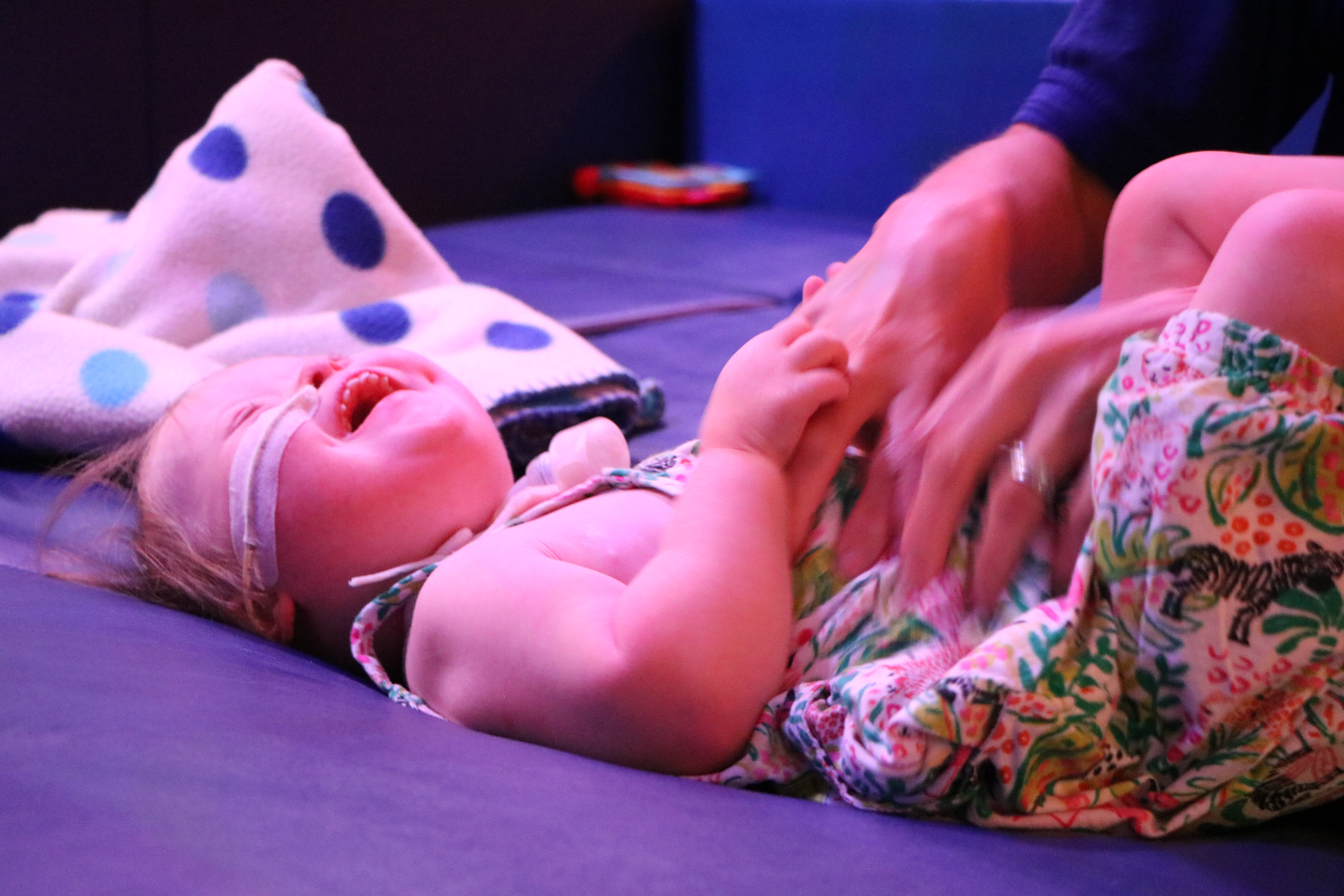 "Coming here was absolutely incredible – it was like a different world."

“To start off with, we thought that's where babies go to die, we're not going. Our perception was that it would be sad families, losing their babies and everyone being upset. But at Christmas, we came to do a trial stay.

“I couldn't believe it when we came – it wasn't what I was expecting. It was happy and everyone was really jolly and it was strange to see the atmosphere was opposite to what we thought – it wasn’t all doom and gloom, everyone was having fun!

"It made us feel for the first time, in a very long time, that we were a proper family again – that it didn't matter what was going to happen tomorrow, it was all going to be alright and we had everybody we needed right here." 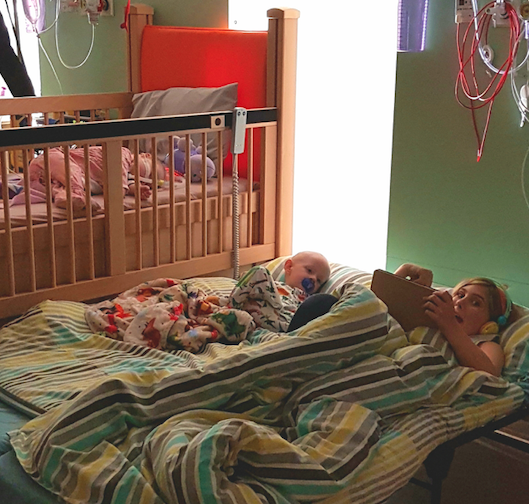 “For us, it was the first time we had all of our children under one roof all night. Santa came and gave everyone their presents. We hadn't had anything nice happen for nearly a year, so being adults and having a drink at Christmas was very surreal. And Marlowe was safe, so we didn't have to worry.

“On Christmas Day, the staff went all out to make it really special for us. You know as a kid going to Lapland at Christmas is special? Well Naomi House was like Lapland to us. It was a once in a lifetime experience. We felt like mums for once instead of carers – we got to do the things a normal family would do and they took care of everything." 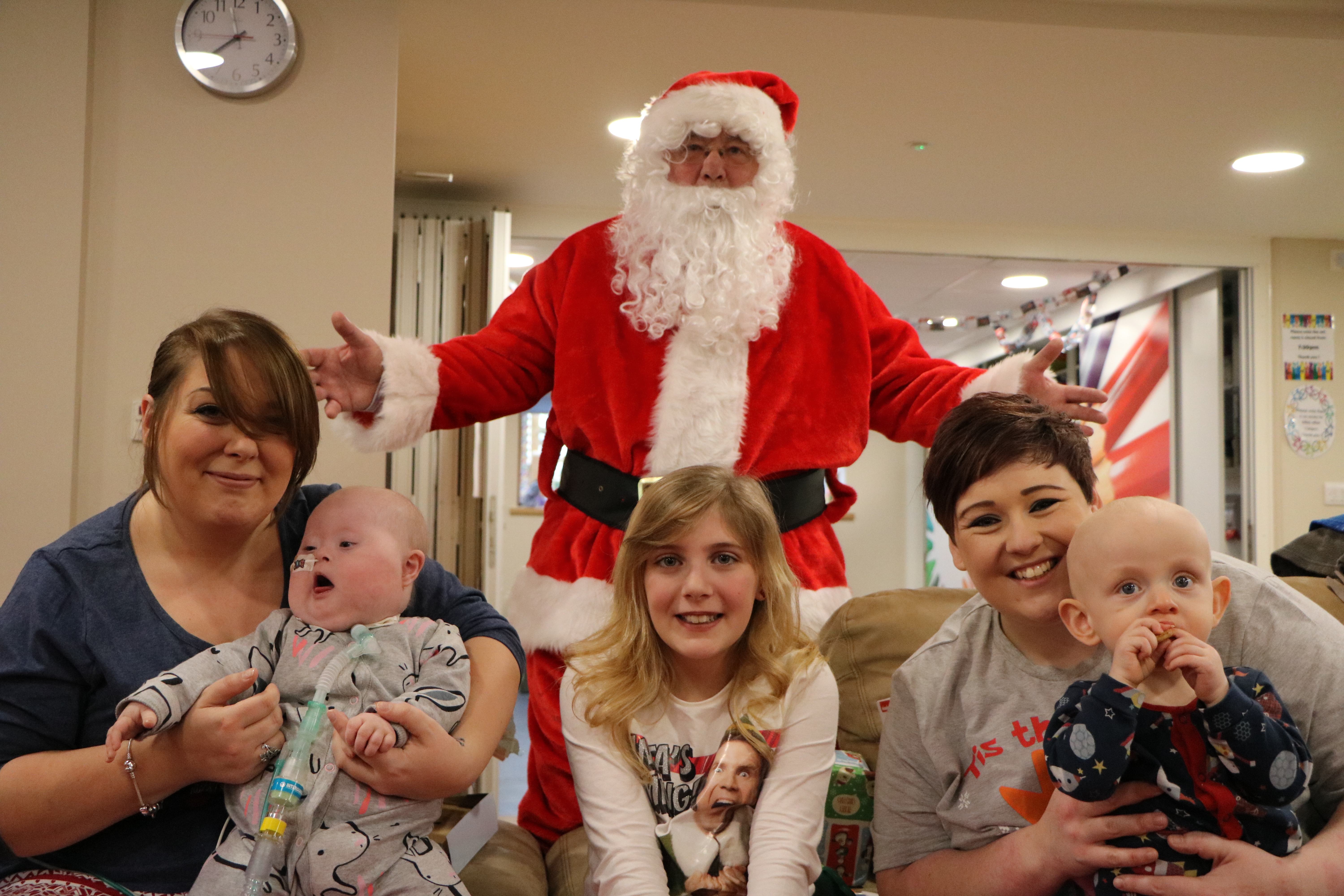 “Faith and Henley made a lot of sacrifices – Henley can't go to nursery as he might make his sister ill, and when everything was happening with Marlowe in hospital, Faith was thrown into turmoil – she really did get the brunt of it. So when Marlowe stays here we can take the kids out and it gives us a taste of what family life would be like if we were a normal family. It also gives us the buzz to carry on. There's no one else we'd trust to look after Marlowe.

“When Marlowe stays at Naomi House she has a blast! She absolutely loves the sensory room and we love the fact they've got that facility as it's a really amazing experience that she doesn't get at home.

“She also loves messy play and we get little gifts and bits when she comes back from her messy sessions. It's nice to know she has a really great time without us. There's always lots of pictures of her that go up on the website and social media during her stay as well so we know she's had a great time – I absolutely love the updates. And I like that everyone else can see her having a good time too. And Marlowe loves absolutely everybody here, there isn't one person she hasn't taken to – she genuinely opens her heart to everyone. 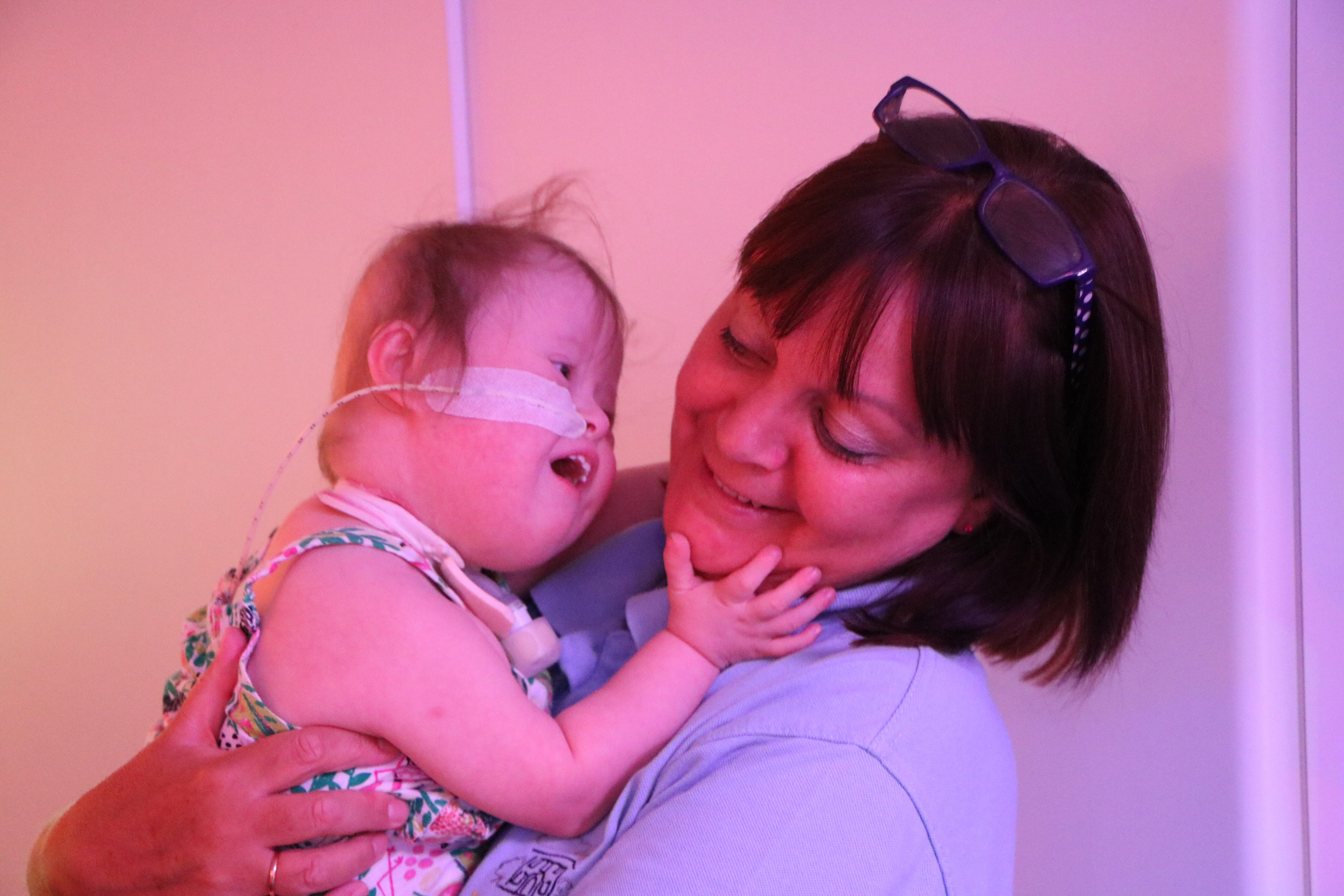 “We just make memories now, it's nice to spend so much time with Marlowe and our family. We deliberately do everything we can. We do plan on going back to work in the future, but a different kind of work - we're thinking about foster work or adoption and we'd love another baby, so we'll see where that takes us.

“We can't wait for the future. We go all out at Christmas - it's our favourite time of the whole year and we do go a bit crazy because we don't know if we're going to get another one.

“Knowing what we know now we'd never change anything. But if we didn't have Naomi House it would've been a lot harder.

"Naomi House have been like a family to us – without them we wouldn't have half the memories that we do. Some of the memories, like Christmas, will stay with us forever." 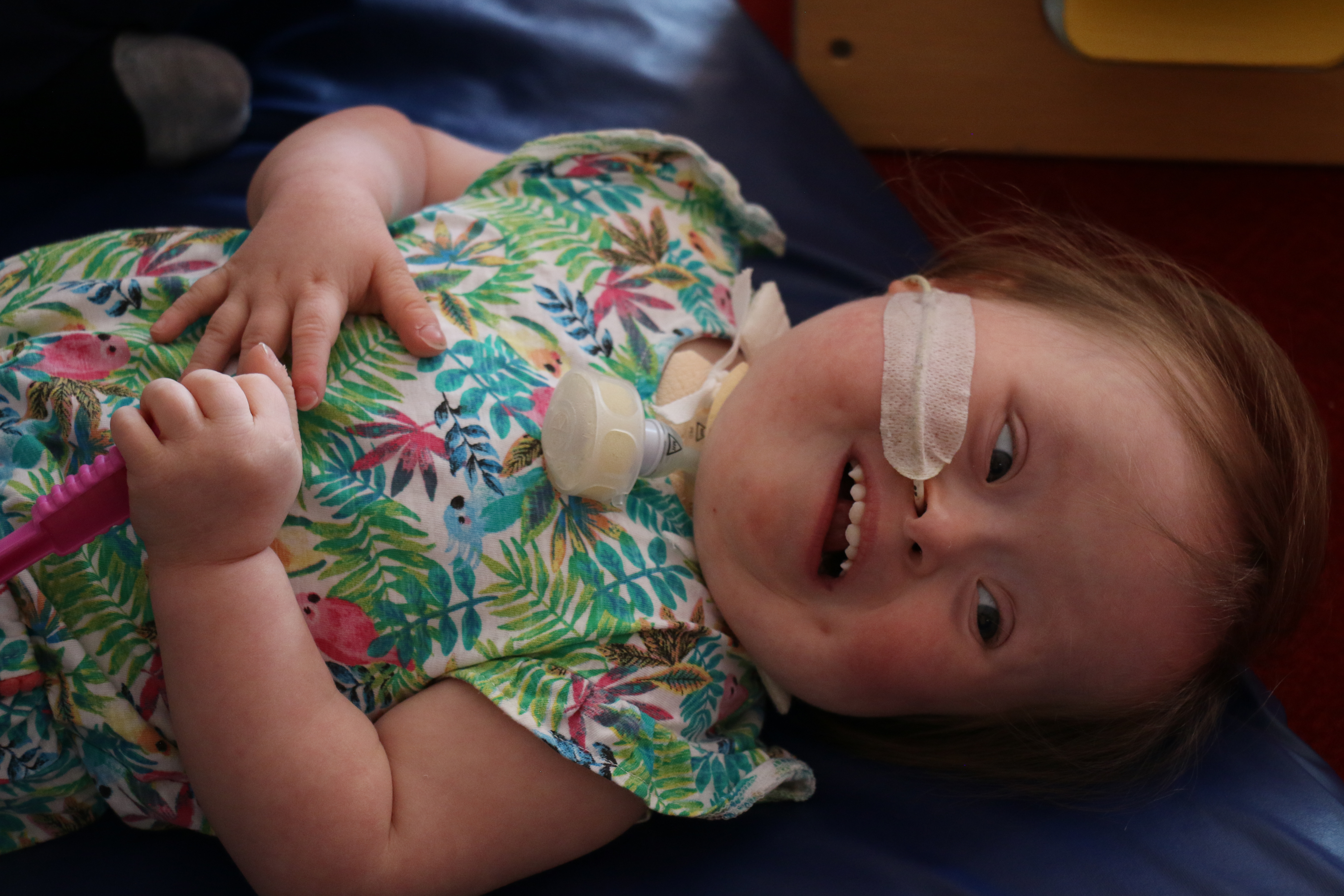